Rapid diagnosis of Neck and Face Lumps at OneWelbeck


If you are concerned about a lump in the neck or face, we can offer a rapid diagnosis, often on the same day. Our group has been running rapid diagnostic clinics (otherwise called “one stop clinics”) in the NHS for more than 10 years and we are able to achieve a diagnosis in 2/3rd of people on the same day; with 1/3 of patients being reassured and discharged in a single visit. Most importantly, our radiology and histopathology colleagues are renowned experts who are integral members of head and neck cancer multidisciplinary teams.


The commonest cause of a new neck lump is one or more enlarged lymph nodes (cervical lymphadenopathy). Other lumps underlying the skin include thyroid nodules , salivary gland lumps, thyroglossal duct cysts, branchial cysts and lipomas

Rarer entities include laryngoceles (ballooning of the internal lining of the larynx through defects in its framework) and tumours of nerve cell origin that surround the great vessels and nerves in the neck (schwannoma, carotid body tumours, paragangliomas).

Disorganised growth of blood vessels (haemangioma) or lymphatics (lymphangioma) may also cause troublesome swelling particularly when they compress the breathing apparatus or encroach on the mouth or eyes. These are more common in children.


Did you know there are about 200 lymph nodes throughout the neck? They are your head and neck’s defence mechanism against infection, trauma and even cancer and frequently enlarge when your body is fighting these diseases. The commonest sites in the neck are just below the angle of the jaw bone and further down at the nape of the neck. Lymph nodes that are greater than about 1 cm that persist for more than 2 weeks need further investigation, although reassuringly most of these will be harmless (reactive).

The commonest causes include:

The most important condition to exclude however is cancer. Almost all cancerous growths in the head and neck spread via the neck lymph nodes. When this happens the lymph nodes that contain tumour cells are called metastases. Common “primary” sites (sites of origin) for metastases in the head and neck include the mouth, tonsils, base of tongue, sinuses, voice box (larynx), thyroid and salivary glands.

Skin cancers of the head and neck, such as squamous carcinoma or malignant melanoma may also metastasise to the neck lymph nodes. Lymph node metastases that appear low in the neck can originate from other areas in the body such as breast, lung or bowel.

The commonest type of cancer in younger people are lymphomas or leukaemia. These cancers originate within the lymph nodes themselves or from blood or bone marrow cells.

Because of this vast differential diagnosis, it is important to be seen by an ENT consultant with experience in head and neck surgery. It is important that a full examination of the head and neck, including endoscopic examination of the interior of the nose, tongue, the upper swallowing apparatus and the voice box (or larynx) is  performed to check the common sites from which tumours may originate.

In the developing embryo, the thyroid gland descends from the back of the tongue to its final position low in the front of the neck. There is a thin tract guiding this descent which usually disappears by birth. Occasionally, parts or all of this tract fail to disappear and later in life may enlarge and become fluid. These thyroglossal duct cysts (TGDCs) may present in childhood or early adulthood as a central neck lump that characteristically moves up when poking the tongue out. An ultrasound scan usually confirms the diagnosis and will also ensure that you have a normal thyroid gland. A TGDC may enlarge, become infected or even turn cancerous.

The treatment is surgical excision. The cyst and its associated tract may be intimately related to the hyoid bone, a bone in the central upper neck suspended by certain deep neck and tongue muscles that can be felt beneath the jaw bone. In order to prevent recurrence, the central portion of the hyoid bone must also be removed in addition to a small section of the muscle of the tongue base. This has no functional consequence.

This is a fluid filled sac possibly originating within a lymph node that is lined by skin type cells. It usually presents in young adults as a soft swelling on one side of the upper neck just beneath the angle of the jaw. Branchial cysts can become infected and may need to be drained and treated with a course of antibiotics.

Any patient with a branchial cyst who is aged over 35 should have a full head and neck examination with the aid of a flexible camera endoscope because a cancer metastasis may present like a branchial cyst in older people. Investigations include ultrasound and needle drainage/ biopsy and an MRI scan in the first instance.

Management will be dictated by whether there is suspicion of cancer but usually consists of surgical excision. It is important that any infection settles prior to definitive surgical removal of the cyst to prevent complications and recurrence.

These are benign fatty lumps that can occur anywhere in the head and neck affecting about 1% of the population. They often form a localised swelling that can greatly enlarge. There is a small risk of transformation into a cancerous form with lipomas greater than 5 cm in size. They are characteristically diagnosed on an MRI scan. Surgical excision of the lipoma in its entirety is usually curative.


The most important imaging modality in this scenario is an ultrasound scan. Interpretation of ultrasound scans are operator dependent and subjective. It takes years of intensive training and experience in head and neck radiology to be able to confidently determine the nature and tissue of origin and whether the lump is suspicious enough to require biopsy or other investigations. This is particularly true with neck lymph nodes, thyroid nodules and salivary gland masses.

We are privileged to be working with world class radiologists in head and neck, who are extremely skilled at not only interpreting ultrasound scans but also in utilising this modality to accurately perform biopsies or other therapeutic procedures. In most cases, an ultrasound can be performed at your first clinic visit shortly after your consultation.

Blood tests specific to certain conditions and an MRI/CT scan of the head and neck and possibly chest and other body areas may additionally be required for confirmation of diagnosis and treatment planning.

Uncommonly, if there is suspicion or confirmation that a lymph node is a metastasis and a full ENT examination and the above investigations have not determined the origin of the cancer, a PET CT scan is likely to be recommended. This is a special type of CT that highlights metabolically active sites in the body like the heart and brain but also areas of cancerous growth.

If you do have cancerous lymph nodes, your doctor will discuss with you the need to perform a biopsy of the primary site or likely primary site(s) in the situation where a primary site has not yet been determined.

Slight soreness in your nose and throat.

Rapid diagnosis of Neck and Face Lumps at OneWelbeck

Our consultants, who are all either heads of service at London teaching hospitals, or have played major roles in clinical innovation, employ their collective expertise, knowledge and deep experience to deliver the best care possible. Each team is made up of some of the country’s most well-regarded experts in their sub-specialist fields. 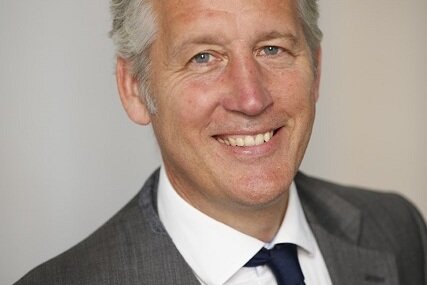